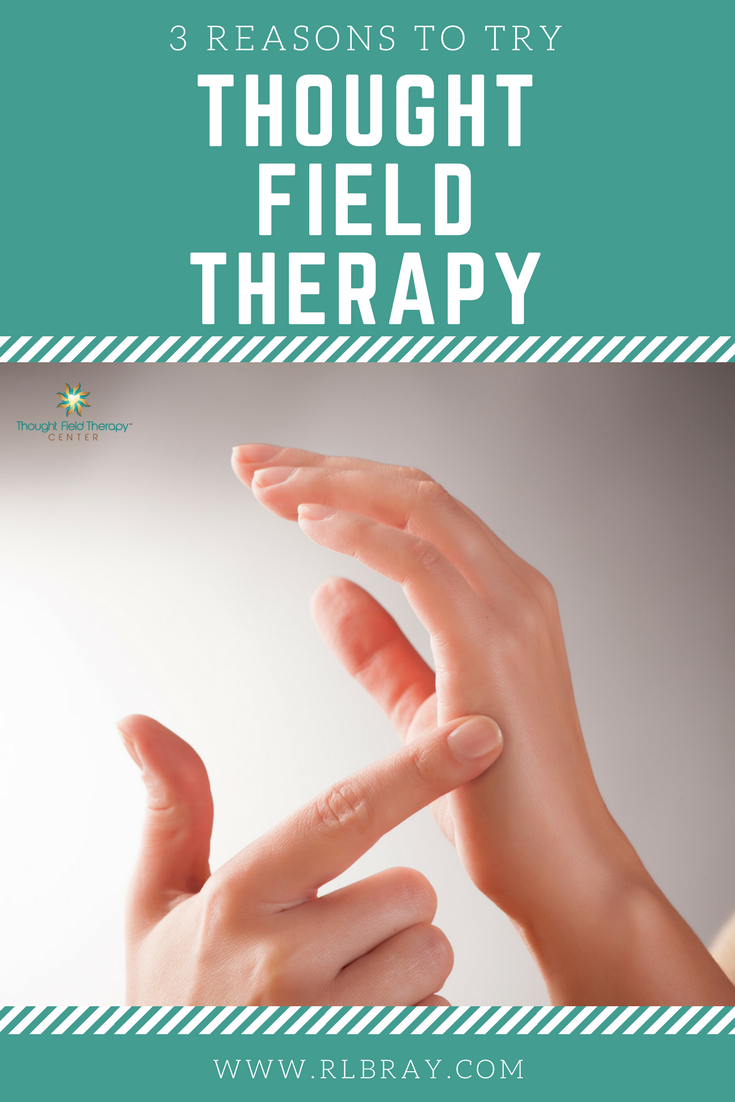 Let’s start by talking about the elephant in the room – Thought Field Therapy (TFT) looks weird.

It really, really does, and I would be doing us both a disservice if I didn’t address that. But here’s the thing – just because something looks weird, doesn’t mean it doesn’t deserve your attention. (If that were the case, no one would ever do yoga again.)

I have heard every argument against Thought Field Therapy you can possibly think of. But when it comes down to it, thousands of people all around the world as well as I have personally witnessed the healing power of TFT and no amount of “but it’s weird” can change that.

For those of you who landed on this page because you’re researching alternative treatments for depression, natural remedies for insomnia, or even how to minimize pain naturally without side effects, welcome.

For those who have been around for a while and are simply looking for a way – some way – to finally share Thought Field Therapy with your dad, sister, best friend, spouse or whoever—but you can’t seem to break through that tough “this is weird” exterior… I want to help.

It is closely based on medical practices that date back as far as the Shang Dynasty.
The tapping points used in Thought Field Therapy, are the same points used in acupuncture, one of the oldest practices of traditional Chinese Medicine. Though there is some debate over the exact date acupuncture was founded, most historians agree that it can be dated back to at least 100 BC, when the first organized system for diagnosis and treatment was recorded in China. Traditional acupuncture is based on the belief that a “life force” circulates inside the body using lines called meridians. When the flow of this energy, or qi, is disrupted, it cause physical issues such as pain or nausea. 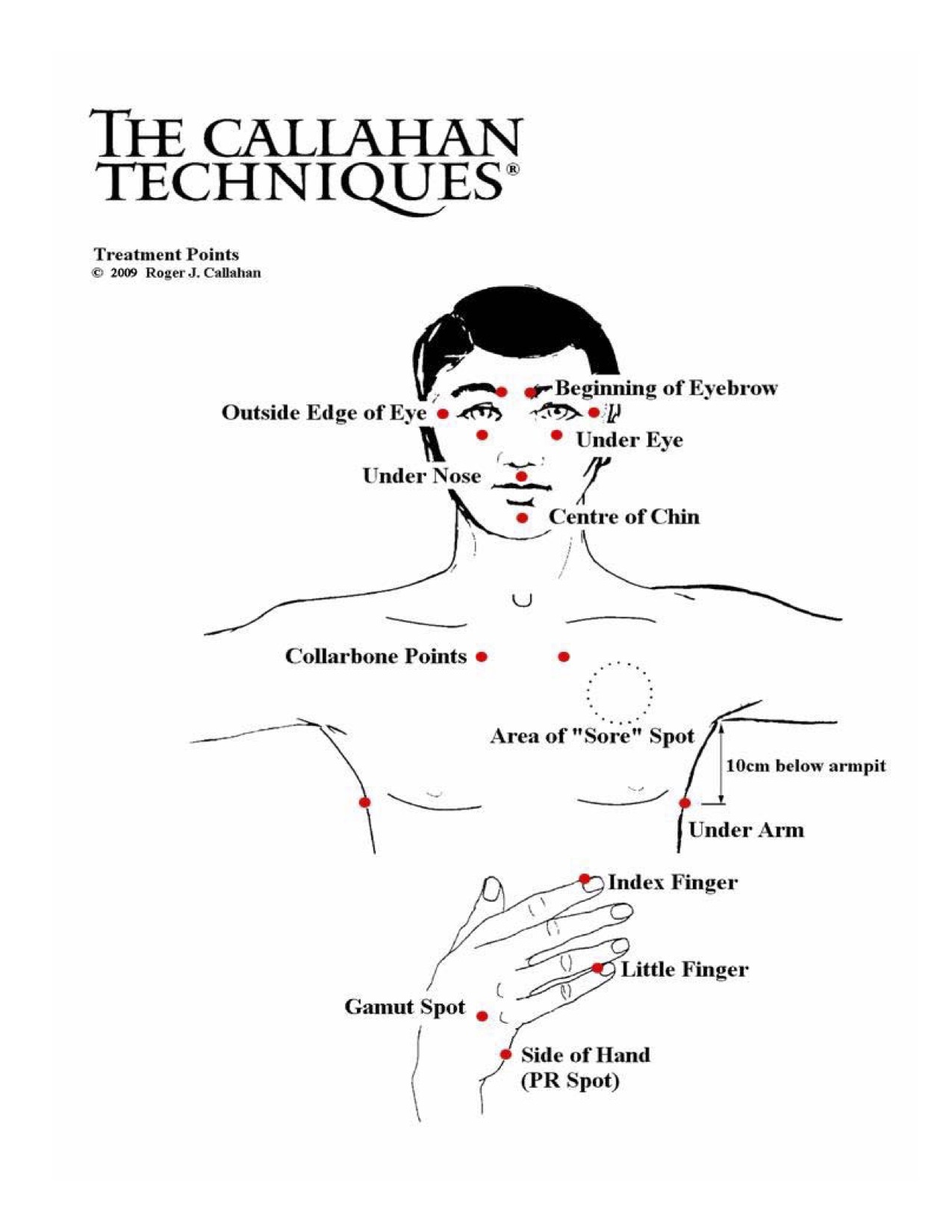 Likewise, Thought Field Therapy works by communicating with the bottom part of the brain – the part that has no words. By tapping on those same meridian treatment points used in acupuncture, TFT reduces emotional overwhelm and restores that flow of energy, allowing you to see things more clearly and objectively, and even relieving physical pain and nausea.

It works.
If you want to know how and why it works, take a look at this video.

And consider Robbie’s story—one of hundreds I could tell you:
Robbie had been a client for a while and he fully understood Thought Field Therapy and its power. He had found freedom from many negative thoughts and traumatic memories but no matter how much I tried to convince him he needed to, Robbie would not quit smoking. Over the course of a few sessions, we discovered the anxiety Robbie experienced every time we talked about the possibility of his quitting was due to the fact that since he was 12 years old, cigarettes had been like a friend—always there for him when things got rough. From listening to his abusive father beat his mom and older brother, to feeling alone and hopeless after getting divorced and being separated from his own kids, the feel of a cigarette in his hand, the warmth of the smoke, and the immediate rush of nicotine through his body felt like a soothing touch from an old friend. After quitting smoking temporarily, for just a few days, Robbie was finally able to identify the strong feelings of isolation and being out of control that sent his anxiety through the roof and led him to lean back on old, bad habits. We tapped for those feelings and Robbie left my office that day with a renewed hope that he would be able to control his urge moving forward using TFT, a natural way to relieve anxiety when triggered.

If you need more proof, you can find more testimonies on my YouTube Channel, in my book, and in my Facebook group. They say “the proof is in the pudding” – and I agree 100%. The fact is, Thought Field Therapy has worked for me, my clients and my professional peers around the world. It has worked for people just like you, and it can work for you, too.

If you have personally experienced the power of Thought Field Therapy, please share your story! Especially if you have been struggling to share TFT with a loved one, this is your way in! There is nothing more powerful than your story!

It’s gaining visibility and popularity.
Thought Field Therapy has been recognized by the National Registry of Evidence Based Practice (NREEP). It is used by thousands of first responders, clergy, health and wellness providers, and even educators all around the globe to help calm people in crisis quickly. I personally have used Thought Field Therapy to help reduce the unnecessary suffering of survivors of mass shootings, hurricanes, sexual abuse and sexual assault, war, and just about any other crisis you can dream up.

I invite you to share this blog with your friends, family or coworkers who have been fighting against giving Thought Field Therapy a chance. And if that’s you – if you are the person who’s been resisting TFT—I invite you to give it a try right now. The truth is, the best way to learn about TFT is to experience its power for yourself. Watch the video on this page and tap along with me to experience the amazing relief TFT can provide.