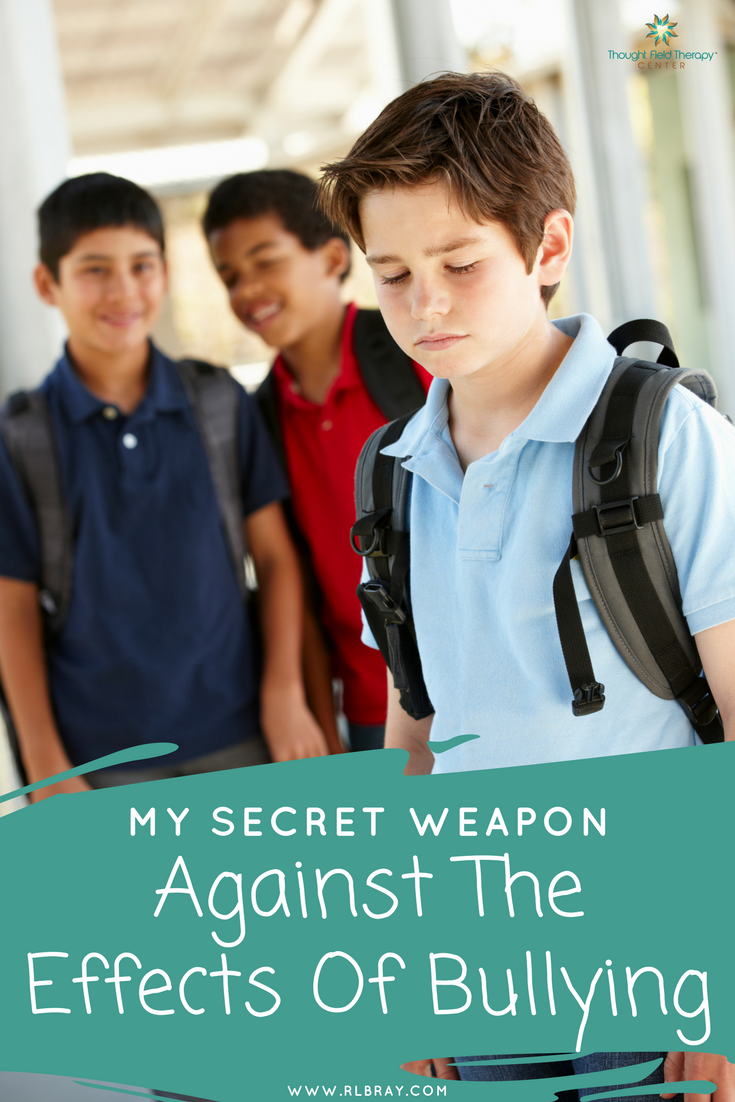 If you have every witnessed the effects of bullying on a child you love, you know that this is a serious issue.

Who Experiences The Effects Of Bullying? 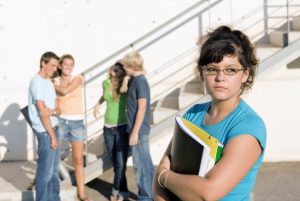 The effects of bullying are far-reaching and long-lasting. If not dealt with in a timely manner, these effects can last into adulthood. Schools across the nation are implementing policies to discourage bullying but the truth is, no matter what we do, we will never eliminate this enormous issue completely. To make matters even worse, as technology advances, cyberbullying continues to rise in frequency, resulting in teenagers struggling with anxiety, depression, and suicidal thoughts at a higher rate than ever.

It is more important than ever that we give our children the tools they need so they can manage the effects of bullying, and the overwhelming emotions associated with being bullied or seeing a peer being bullied, as well as the emotions and triggers that lead children to bully their peers. Teaching our children how to manage these effects of bullying is the first step to stopping bullying in its tracks.

How To Manage The Effects Of Bullying

Thought Field Therapy provides a natural, pain-free, side-effect free technique for managing the overwhelming effects of bullying. It has the power to reduce feelings of depression, lack of control, and lack of confidence, reducing the risk of your child becoming a victim (or a perpetrator) of bullying. It can also reduce the fear and anxiety that often lead kids to look the other way when they witness bullying.

When kids find out there’s a tool to help them feel better, and that it doesn’t require them to talk about the problem, they’re often willing to give it a try.  This is especially true for younger kids – teenagers tend to be a bit more skeptical by nature but if you can share a story they can relate to about how TFT has worked for you or for someone you know, you will most likely find them at least willing to give it a shot. We have several testimonials on our YouTube Channel if you need inspiration.

The steps for using Thought Field Therapy with children are essentially the same as for an adult:

Step One: Ask the child to think about the memory or situation that is causing them to feel anxious. Remind them they do not have to share anything with you. They just need to think about it. On a scale of 0 to 10, how anxious/depressed/scared/etc. asked them how they currently feel. For younger children, stretch your arms out as far as you can and tell the child that’s a “10.” Then, put your hands together in front of you chest—almost as if you’re praying—and tell them that’s a “1.” Then ask them to show you how big their feelings are when they think about the issue at hand. Ideally, we want to get that number down to a 0, at which point it is entirely possible the anxiety will be gone for good.

Step Two: Clear any Psychological Reversals that may be present. This will help avoid losing the child/teenager’s attention later.

Step Three: While thinking about the traumatic memory or life situation, tell the child to tap with their fingertips 5-10 times in turn:

(as much as possible, allow the child to tap for themselves. You can tap along with them if it helps. For some children, tapping on a stuffed animal may be easier. This will work just as well as long as the child is holding the toy and is tuned into the emotional experience) 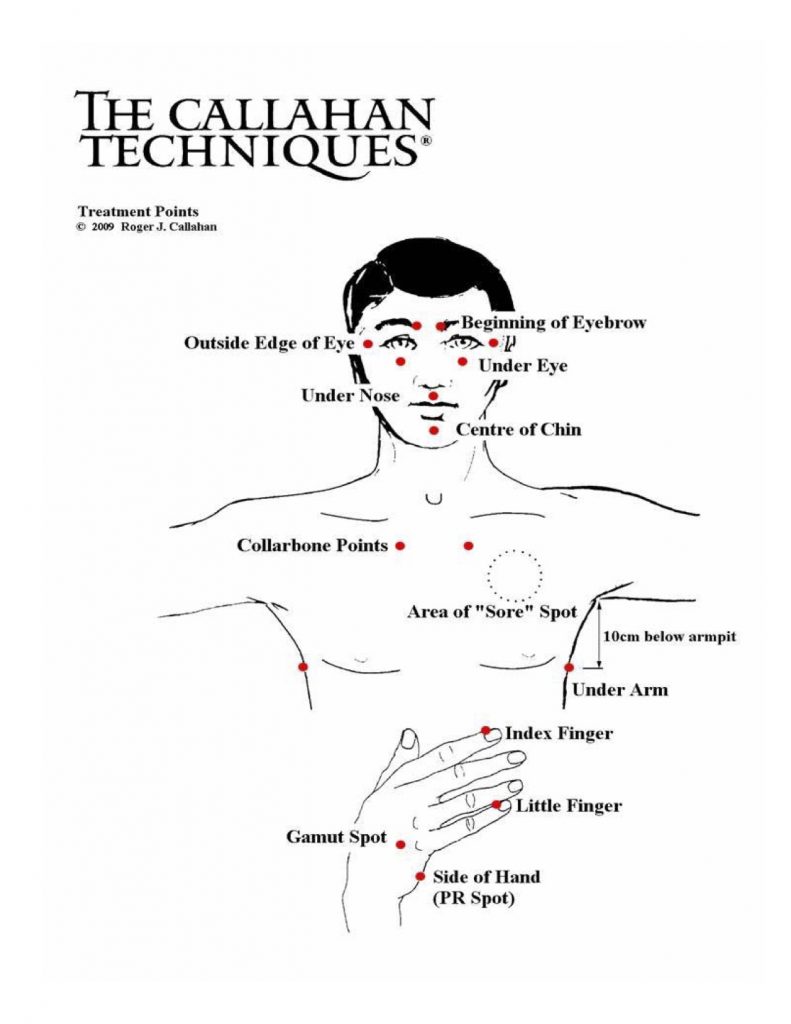 Help the child locate the gamut spot on the top back of their hand. Tell him/her to make a fist with the non-dominant hand and place the index finger of the dominant hand in the valley between the little finger and ring finger knuckles. Then instruct them to move their index finger about one inch back towards the wrist. This is the “gamut” point. IMPORTANT. Have them tap the gamut spot at least 5 times as they perform each of the following:

(You will probably need to demonstrate the movements here for younger children. For numbers 7 and 9, encourage the child to hum a simple tune they know – Twinkle, Twinkle Little Star or Happy Birthday are good examples)

Step Six: Ask the child to think about the memory or situation that is causing him/her to feel anxious. On a scale of 0 to 10, how anxious/depressed/scared/etc. ask how he/she currently feels. Again, for younger children, ask them to show you how “big” their feels are by stretching their arms out. If their rating is 0, 1, or 2 (hands close together or touching) move on to Step Seven. If the rating has dropped but is still a 3 or above, start again at Step 3. You may be surprised to find that children (especially younger children) tend to be far more responsive to TFT than adults. Where an adult may need 3-4 rounds of tapping to get down to a 0 or 1, a child will often only need 1-2 rounds.

Keep in mind, there is a chance this basic tapping algorithm won’t work. If the level of upset stops changing – or did not change at all after the first round — it doesn’t mean TFT doesn’t work for your child, it simply means that you need a more advanced technique. Rest assured, there are many additional algorithms that may work much better.

Step Seven: Instruct the child to tap their Gamut spot on the back of the hand and hold their head level. Then drop their eyes to the floor and slowly (7 to 10 seconds) move their eyes on a vertical line up to the ceiling. You will probably need to demonstrate the movement here for younger children. Again, if they are more comfortable tapping on a stuffed animal, that will work just as well.

It is important to remember that you are giving this child a tool that they can use in the moment, when they are experiencing the effects of bullying, whether they are being bullied themselves or they are witnessing a peer being bullied. Tapping reduces the overwhelm and allows him/her child to gain back control when they need it the most. If you’re doing this as a parent, teacher or coach, you are likely viewed as an their advocate—something they can trust to help them in time of need. By giving children tools like the one above, you are reminding them of this and reinforcing the knowledge that any time they feel unsafe or feel like they are losing control, they can come to you for the support and guidance to help them stay in a healthy place emotionally.